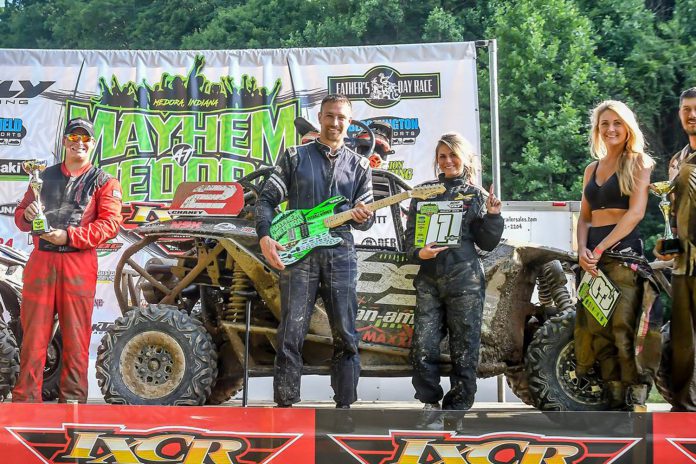 He won the Heavy Pro (UTV) class by four minutes at round six of the series, the Mayhem @ Medora in Indiana. Chaney, who has missed two rounds, has now won four events in four attempts in the 11-round IXCR series. Chaney and his co-pilot (and girlfriend) Sarah Merry stood atop the IXCR podium following their win.

Chaney had this to say: “I can’t even take credit for podiums anymore. Pretty sure it’s 90% X3 / 10% co-pilot. These things pretty much drive themselves.”