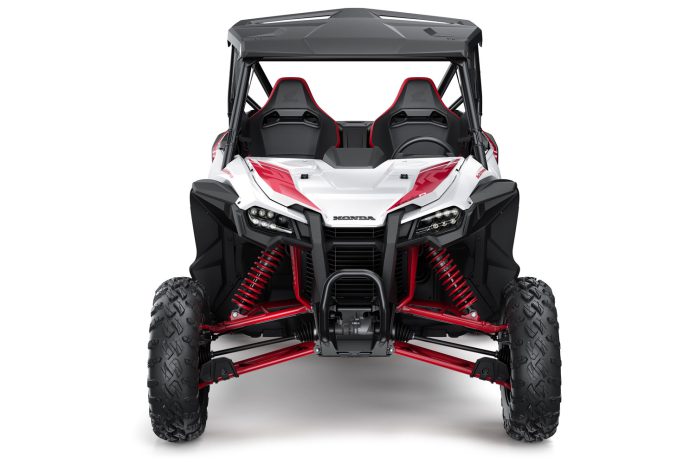 American Honda announced today that four Talon sport side-by-side models—the two-seat Talon 1000R and 1000X, as well as the four-seat Talon 1000X-4 and 1000X-4 FOX® Live Valve are returning for the 2021 model year. These popular side-by-sides join the new two-seat FOX Live Valve versions that were introduced in February. All four of the newly announced 2021 Talons are offered in striking updated colors.

Since the launch of the original two-seat Talon 1000R and 1000X in spring of 2019, Honda has already built a loyal following among customers who appreciate the performance, technology and reliability that the platform has introduced to the sport side-by-side category.

Those two-seat Talons were followed last fall by a pair of four-seat versions, which extended the Talon experience to additional family and friends. One of them also featured advanced semi-active suspension, technology that was passed along to a pair of two-seat 2021 Talons just a few months later.

“It has been gratifying to see customers’ reception of the Talon platform,” said Lee Edmunds, Senior Manager of Powersports Marketing at American Honda. “It’s only been just over a year since its introduction, and the models are already firmly established as popular choices in the sport side-by-side market. With the Talon 1000X, 1000R, 1000X-4 and 1000X-4 FOX Live Valve returning to the lineup in new colors, customers have six great options for experiencing the ‘Life is Better Side-by-Side’ culture in 2021.”

All 2021 Honda Talon models are available now, hold for the Talon 1000X-4 FOX Live Valve, which will be available in October.