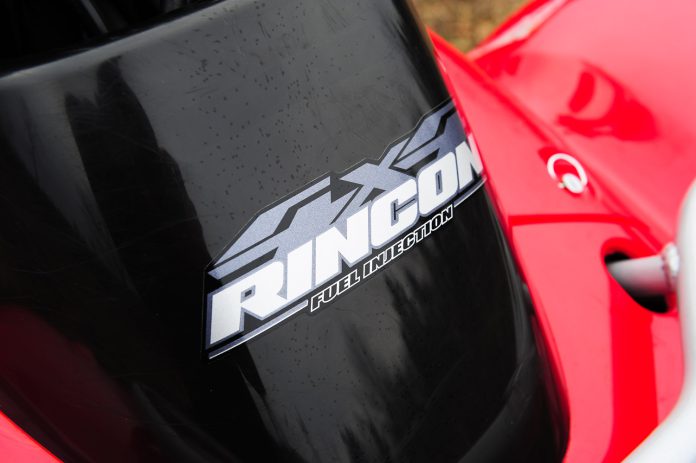 We have been anxiously awaiting some kind of update to Hondas long-overdue Rincon 680 for what feels like an eternity.

A few years ago we saw beautiful new bodywork assigned to the popular Rubicon and we expected something like it to be adapted quickly to the Rincon. Alas, we have not seen an update.

Then when Honda stepped up the Pioneer with a 999cc engine our heads nearly popped off at the idea of a 1000 Rincon…and still Honda remains silent.

As much as wed love to see a 1000 Rincon – and the chatter on line supports the fact this would be a very popular decision, with the anticipated release of Yamaha’s new 850 mill tucked into a Grizzly we have to wonder if Honda will cap its big bore offering in around the 850 mark to compete directly with Yamaha.

The other side of the coin has us looking at Suzuki’s resurrection with a restyled King Quad chassis still boasting its tried and true 722cc engine. Will Honda take a massive step in the right direction and deliver its fan base exactly what it wants with a brand new twin cylinder big bore engine in the range of 850 to 1000 cubes or will the company take a carefully measured baby step forward following Suzuki’s lead and produce a 680 Rincon with restyled bodywork?

Our hope is that Honda sees the merit in bringing something substantial to the table. However, game changing, radical moves forward havent always been on Hondas priority list in the off-road world.

Time will tell and until we’re proven wrong, we remain hopeful a revamped big bore Rincon is already being tested.