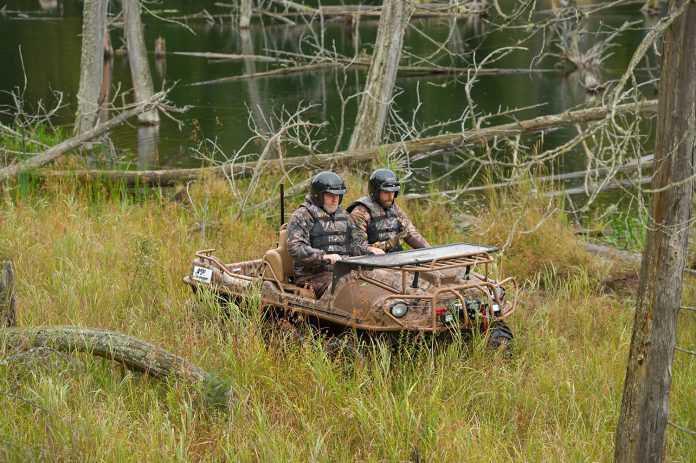 Weve long admired the “go anywhere, do anything versatility” of the Argo XTV (extreme terrain vehicle).

Amphibious in nature and adventuresome in spirit, the Argo brand has successfully transcended a half-century, employing evolutionary changes as it continues to meet the high demands of hunters, resource prospectors and first responders.

As Argo begins its next 50 years, plan is to make extreme mobility accessible to more of us who like to venture into the rough country. With this in mind, the company has introduced its new LX Series focused on being faster, more comfortable and more terrain compliant, all to attract what the company refers to as the most discerning of XTV enthusiasts.

All Argo XTVs are powered by Kohler V-twins with EFI. The 8×8 LX’s 748cc liquid cooled Kohler delivers 30-hp whereas the air-cooled 6×6 churns out a respectable 23 ponies. Both use belt driven CVT transmissions.

The new, advanced LX drivetrain produces top speeds 25-percent faster than previous Argos, topping out at 25-mph in high range for the 8 x 8 and 22-mph for the 6 x 6.

While we’re still anxiously waiting to see an actual suspension system incorporated into an Argo chassis, there is the new soft-ride system on 8 x 8 models. This is comprised of ultra-low pressure 25-inch tires mounted on bead-lock aluminum rims.

This wheel and tire configuration allows tire pressures as low as 1.5 to 2.0 psi and does a good job at improving ride comfort and terrain compliance – a definite bonus that allows you to maintain better control while driving at speed over rough surfaces.

One of the Argo’s most impressive attributes is its ability to traverse seemingly impassable terrain. With 9.5 inches of ground clearance, its ultra low center of gravity along with its HMW polyethylene body and full-length skid plate, it glides over uneven and rocky terrain providing sure-footed stability when climbing steep and uneven slopes or clawing its way through deep mud and thick marshlands.

The beginning of any Argo adventure typically starts when you come to the end of the trail. As Mark Lester has noted in his test ride of the Outfitter 8×8 on Dirt Trax Television, the Argo takes to water like a duck-tolling retriever. The same is true for the LX series; although when we tested it, we opted to appeal to its sporty personna and entered the water more like a dog at a dock jumping competition.

With its exclusive chevron paddle tires, the Argo propels itself in the water at 3-mph. Steering the Argo in water is no different than on land. You power the paddle tires by twisting the hand throttle and adjusting the rate of power delivery to either side by turning the handle bars in the direction you want to go.

The 8×8 allows you to carry up to four people or 900-lbs in the water. We found the two passengers in the rear counterbalanced the weight of the powerplant up front, keeping the Argo level in the water. When piloting waterways solo we discovered shifting our body weight aided in turning. The onboard bilge pump makes quick work of displacing any water that might creep onboard.

There’s no doubt the Argo is the most versatile off-road vehicle ever produced. Time and again we’re amazed at what it can do and more importantly, where it can go. With the LX 6×6 priced at $18,995 US ($19,145 CAD) and the 8 x 8 at $27,295 ($27,945 CAD), there’s no doubt the Argo is a serious investment. However, any Argo owner you ever speak to will tell you it’s also a sound investment both in satisfaction delivered and from the high resale price any used Argo demands.

We’re excited about the future of Argo and its sister company Ontario Drive & Gear. Its recently appointed CEO, Enoch Stiff, has breathed new life and excitement into the company. In turn, this attracted Arctic Cat’s former Snowmobile Division Vice President and dealer network wizard, Brad Darling, to the role of company President.

If history tells us anything about the future, things are looking bright for Argo.