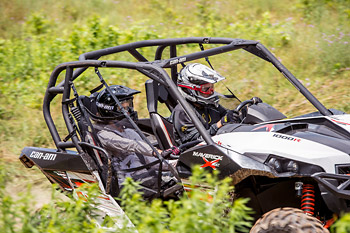 What’s the most outrageous idea you’ve ever thought of? How many times have you thought about what you’d buy if you won the lottery or struck it rich? You wouldn’t be alone if you have.

Flight interests me and yet I’ve never pursued learning how to pilot a plane. I recently invested in a few remote control flying cameras to get aerial photography and when I watch the footage and see the photos I get a rush just like I was the one in the air.

Look at today’s standards for a side-x-side. Someone actually believed that putting trophy truck suspension travel and an explosively powerful engine into a 2-passenger UTV would appeal to powersports enthusiasts and that idea ended up kickstarting our industry back in the right direction. Who knew, right?!

I’ve made custom tools to suit particular jobs that an ATV or SXS mechanic would need at one point or another and yet never pursued manufacturing or patenting these tools.

Maybe I think it’s crazy that I could build a bank account around their success or that other mechanics would find them useful. One crazy idea after another and it seems I keep mine to myself so people won’t think I’m crazy. How ironic.

Wealth is built over many years of hard work, but it usually starts with one crazy idea that gets fearlessly put into action. So just how crazy are you?