Honda Thaws After A Long Freeze 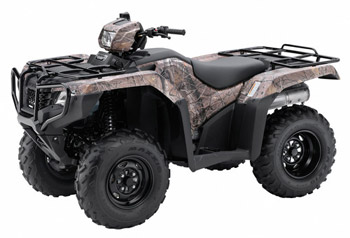 Recent introductions and press releases seem to indicate Honda is finally thawing after a noticeable freeze on new and exciting off-road vehicles.

After the release of Hondas disappointing Big Red, the introduction of the Pioneer 700 two and four-seat side-x-side brought a grin from many industry faithful. It looks cool, rides great and shows that Honda is re-engaged in this industry.

More good new came this past week with something happening in the ATV segment too.

Weve waited a long time for anything new from Hondas FourTrax line and it looks like Honda fanatics will be getting what theyve hoped for in 2014.

Rumors were swirling around the utility segment for ages and this news is good because at least in the minds of consumers Honda is back and theres already discussion about what could happen down the road.

With the redesign of the Foreman and Rancher its just a matter of time before we start seeing other items of interest from Honda.

Could there be a new version of the TRX450R? Anything is possible and one things for sure. It is definitely an exciting time for fans of Honda.