RACING PARENTS AND ATTITUDE AT THE TRACK 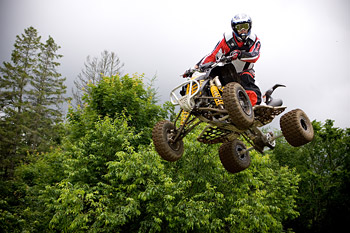 I recently came across a disappointing yet enlightening email. It seems a very large race series in the south has decided to discontinue its series due to rising costs and the attitudes of parents at the track.

This was a huge surprise as this series has helped many young racers develop their skills and love for the sport.

As I read the rest of the email I discovered the promoter had turned the tables on the parents who think this kind of operation makes a fortune on race night and had been voicing their opinion.

As a promoter he offered his facility for a fee that included new stock trophies, track lighting for late evening races and the cost of the power to run them there and in the parking area.

Parents would also have to hire 10-20 people to man the various positions to run the race such as front gate staff, corner workers, a scorekeeper, ticket and entry fee collectors as well as someone to flag the start/finish.

They’d also need to either pay his EMS team or hire their own. Oh, and let’s not forget the track prep crew and equipment to do this track maintenance!

Once parents see what it actually requires to run a race series I hope they’ll actually begin to appreciate what this group was trying to do by setting up this racing series in the first place.

Here’s the reality: Racing costs money and you most likely always spend more than you get back. Same goes for the race promoters.

If you say you’re not aware of any problem then you may actually be the root of it. You could be the tipping factor for a promoter on the edge.