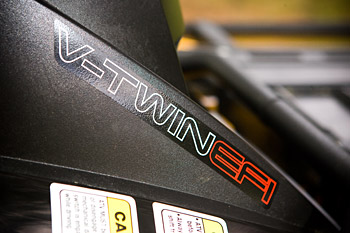 Where would we be without the technological advancements in our offroad adventure community today?

As I look back through the last few years I can vividly remember many things that five years prior I would have thought to be completely impossible.

The invention of the Go-Pro camera for example has to be one of the most sought after, fastest growing adventure capturing devices known to man right at this moment.

A young Nicolas Woodman had taken a 5000-mile car camping surf tour in Australia in 2002 and the idea for GoPro was born. It forever changed the way we remember our greatest outdoor adventures. Will there be another company that will try to top that little gem? Who knows, but I do know this – never-say-never.

I have seen it before many times in the great “race to be first” between manufacturers of our fine off road vehicles. One prime example is electronic fuel injection.

The fact that ATVs and side-x-sides now have fuel injection really makes me realize that we are living in an age of constant advancement that seems to be whirling out of control. When was the last time you rode a non-fuel injected off road vehicle?

Yes, there are still a few left in the world and carbed engines are still available, but most new buyers would prefer fuel injection for its extreme advancement in power and fuel management.

Then we have the big rush of the major brands to add an “industry similar” but somewhat different style of power assisted steering. Who would have thought it could happen to a four wheeler? It won’t be long before every ATV or side-by-side will be equipped with power steering.

Technology moves forward and what was once considered, an option, like fuel injection is now becoming a standard feature most won’t live without.