The Legend – Gone but Never Forgotten 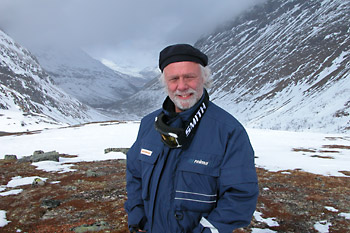 May 7th marked the fourth anniversary of the tragic death of our dear friend and business partner, CJ Ramstad and his son JJ.

They were killed in a tragic car accident and I’ll never forget that heartbreaking day. Every year around May 7th we take a family holiday and it was around that time in 2007 when the news of CJ’s and JJ’s death came to us. So when we took our annual vacation down south this past week, I once again found myself thinking about CJ, The Legend.

When I started in this business some thirteen years ago, I remember meeting CJ for the first time and thinking this guy was going to make my life a living hell.

Anyone who knew CJ knows he had a reputation for being a little more than abrasive at the best of times. If he liked you though, you were lucky enough to see a man with a huge heart who lived life to the fullest.

He was opinionated for sure but more than anything he loved to inspire a reaction on nearly every topic he eloquently wrote about or brought up in conversation.

In this current issue of Dirt Trax Magazine you can find his very last column (Land Rover) he wrote and once again, CJs opinion did not disappoint.

I was fortunate enough to spend an entire week by CJ’s side, back in 2004, at the Arctic Circle riding snowmobiles. It was during that trip where I got to see the real CJ, the guy my Dad admired and spoke so highly of for so many years.

This world class powersports editor had become my Senior Editor and had taught me lessons about writing I’ll never forget. But during this very special trip I learned about life and about what really inspired this man I had come to respect so much.

I saw the softer side of CJ Ramstad, the side that showed real human emotion! CJs family was his motivation for everything. His wife and long-time, love of his life, Karla, his son JJ who was breaking through as a real musical talent and his daughter, Marley who he bragged about having his journalistic gift.

Being a young parent of two small daughters at the time, I was more than happy to hear his stories, especially the ones about Marley as it gave me insight to how my future relationship might be one day when my daughters grew up.

As we remember CJ this time of year more than any other, I encourage you to do some digging and look up old articles of his. The best ones can be found in Supertrax Magazine dating back to 1990 and in All-Terrain Vehicle Magazine 2000-2007.

One of his great achievements as a writer was his book “Legend” about Arctic Cat’s first four decades. Kind of fitting as this year marks the anniversary of Arctic Cat’s fifth decade.