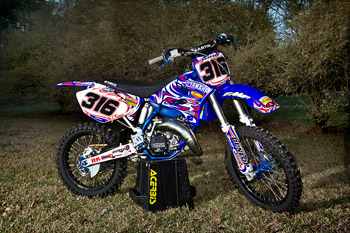 There’s been this weird division in the offroad world where dirt bike guys and ATV guys can’t seem to see eye-to-eye, but how many of our ATV/UTV riders here actually own a dirt bike as well?

Seems there’s more prejudice from the 2-wheelers towards the quad community than there is the other way around, but why?

It’s strange as there are lots of ATVers that have 2-wheelers themselves to do cross training and to help with fitness goals for racing or simply to get out and have a different experience on a motorized vehicle. Doug Eichner for example, was known for pre-running the Baja 1000 course on his Honda dirt bike.

I started riding dirt bikes way before the 4-wheelers came around in the mid eighties and it’s really how I came to love the offroad.

I personally own an old school 2002 Yamaha YZ125, which is way too small for me, but displacement wise it has explosive power and I love it. I haven’t had the chance to ride it nearly as much as I’d like lately, but it doesn’t mean I don’t value it and it sure as heck doesn’t mean I’d snarl at an ATVer on the trail if I was riding it.

Not really sure why there’s this animosity between our two segments. Makes me think of an old saying that still rings true – Can’t we all just get along?