WHO HASN’T OWNED A HONDA? 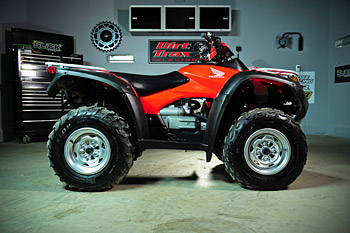 Its something we have to ask because over its life-span in the powersports biz, at some point, most people have owned a Honda.

You won’t want to miss this insightful look back at the sport’s number one builder of ATVs hosted by Dirt Trax Magazine Co-Publisher Motorhead Mark Lester and presented by Dirt Trax Television.