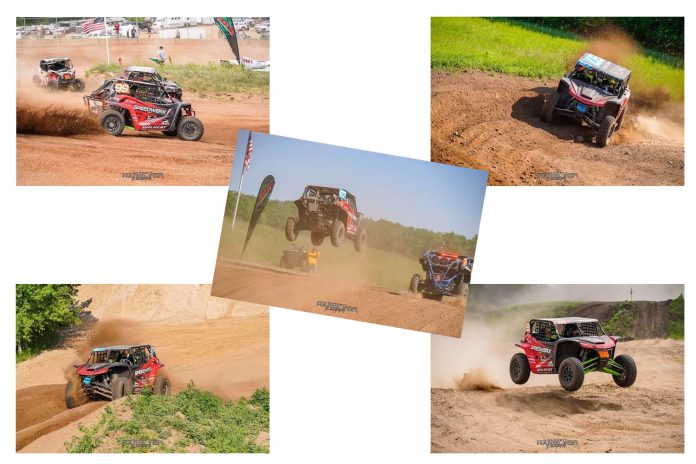 The Speedwerx/Tralo Motorsports/Arctic Cat Team had a great showing at the most recent AXCC series race held at ERX Motor Park in Elk River, Minn.

This was the first cross-country UTV race held at ERX, and there was some extra motivation for the team with home state pride on the line. The race utilized most of the short course track with a large loop through varying terrain in the woods and trails, making an eight-mile lap which got rougher throughout the day of racing.

Upcoming young racer Mike LeTourneau, No. 99, was the first to run for the team in the UTV A class. This is one of the biggest classes every weekend consisting of amateur class drivers competing in both naturally aspirated and turbo machines. LeTourneau got off to a great start from the second row and pulled the hole shot in his Speedwerx-prepped Wildcat XX machine.

A rare belt failure forced a drop back on the second lap, but LeTourneau put on a hard charge and posted the fastest lap time for the class on the final lap for a respectable fourth-place finish.

“That’s the best and hardest I have ever seen Mikey drive,” said Quinton LeTourneau, Mike’s dad and co-pilot.

The last race of the day featured the Pro classes. First year Pro and last year’s Pro-Am class champion Jack LeTourneau, No. 97, was ready to battle for the Pro 1000 class win. The green flag flew, and LeTourneau got off to a great start. He was the first car in his class, and he immediately started to catch the Pro Turbo machines in front of him.

As the race progressed, LeTourneau and his Wildcat XX continued to pass higher-powered turbo machines until he was in second on time behind one Pro Turbo driver. When the dust settled, LeTourneau had won the Pro 1000 class by more than two minutes and came in less than one minute behind the winning Pro Turbo for second place overall.

The finish, combined with his third-place finish in the first round, should put LeTourneau in first place in points on the season going into Round 3 in mid-July.

“The track is one of the gnarliest I have ever seen; this was a true test of drivers and machines,” said Team Manager Jeremy Houle.