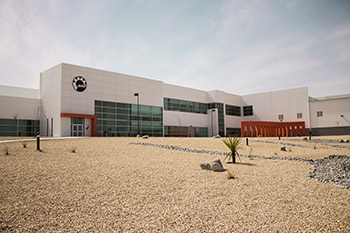 BRP inaugurates today its new manufacturing facility in Juárez, Mexico that provides the company with the capacity to meet its growth plans in the off-road industry.

“I would like to highlight the collaboration and support of the governments of Juárez and Chihuahua, which were instrumental in the construction of this new facility,” said Sylvain Blanchette, vice-president of operations for Mexico and Canada. “BRP has always had excellent relations with local government in Juárez and we are very grateful to them for that.”

BRP now assembles vehicles and engines across three sites in Mexico. It is recognized as an employer of choice in Mexico thanks to its competitive wages, salaries and benefits. BRP has invested nearly 14,290 million Mexican pesos (CA$190M) in Mexico since it started operations here in 2001.