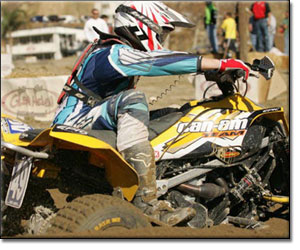 “FMF Racing has been involved in every aspect of off-road racing since 1973 and the new venture with the Epic Can-Am race team is another great venture,” states Donny Emler Jr. “You can guarantee with FMF providing over 30 years of power that the EPIC Can-Am team will be a force to be reckoned with.”

The new FMF Factory 4.1 MegaBomb System is the lightest full system available for the Can-Am DS 450TM. Add FMF’s technology to the most-advanced 450 on the market, and you have a winning combination.