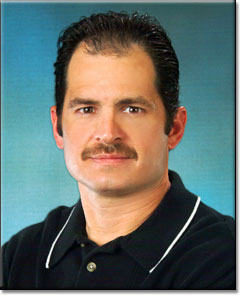 Polaris Factory Racer and ATV racing legend, Doug Eichner, is no stranger to desert racing as evidenced by his multiple Best in the Desert Championship titles, SCORE Championship titles and past winner of the prestigious Baja 1000.

In his desert debut aboard the Polaris Outlaw 525 IRS, Eichner partnered up with Pro rider John Shafe taking a strong second in the Avi 150 U.S. Championship.

This was Shafe’s first time aboard the Outlaw IRS and together with Eichner proved the IRS is a force to be reckoned with in yet another terrain. The team led most of the 150 mile race with a flawless performance from this versatile machine.

Eichner was interested in testing the ability of the IRS in the desert as he believes it to have a promising future for title contention in desert competition among others.

“The Outlaw 525 IRS ran strong and together with the enhanced motor performance from Yoshimura and aftermarket suspension set-up from FOX Racing Shox, this bike is quickly becoming my favorite machine,” stated Eichner. “We believe in the talents of John Shafe and he did not disappoint us. This was Shafe’s first major desert competition and we are pleased to have lead most of the race and were not far off the pace of the first place seasoned desert team.”

With a strong debut from Eichner and his support team, Polaris looks forward to additional success in the future.