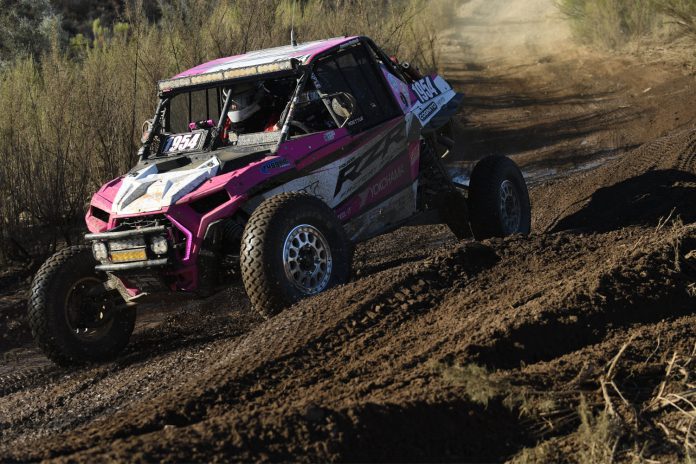 “We raced the Pro Stock UTV class to promote the new PRO XP,” said Cafro. “The car was impressive. This RZR was box stock other than some required race modifications.”

Kristen Matlock added another victory to her 2019 race season as she won the Pro UTV NA class with a 21:55:40.859 finishing time, driving the entire race herself. Kaden Wells followed suit, crossing the finish line in second place and claiming the overall Pro UTV NA Championship title.

“Our team fought for the lead until the battle was over, settling for second place in the race but still winning the Championship,” said Wells. “We sang ‘We Are the Champions’ a lot last night!”

“The perseverance and determination of the Polaris RZR Factory Team continues to drive massive successes in some of the most rugged races on the planet,” said Kyle Duea, vice president of Off-Road Vehicle Marketing, Polaris. “At Baja, the team put an exclamation point on another dominating year for the RZR Factory Team. Were incredibly excited to celebrate another big year of wins and podiums and cannot wait for the team to keep the success going in 2020.”

Polaris RZR Factory Racing will be back in action at the Nitto King of The Hammers in Johnson Valley, California, January 31 – February 9, 2020.