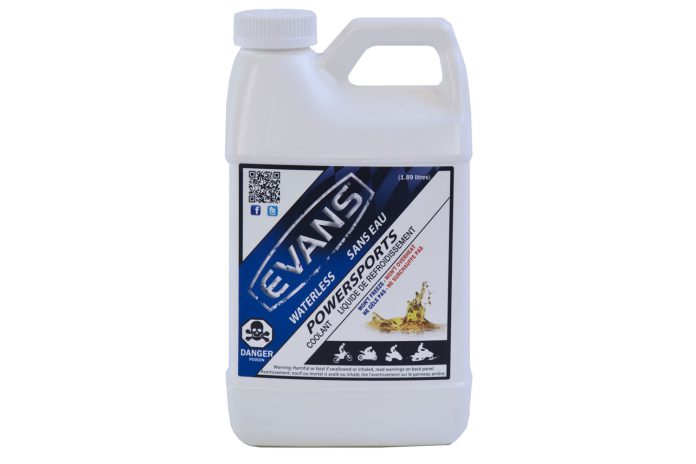 Keeping cool while under pressure is far more than a literal saying…its a necessity when it comes to motorsports.

Evans Coolants understands the importance of this and thats why the boiling point of their products is much higher than any other conventional water coolants.

Their waterless formula helps to stabilize the engines temperature while reducing corrosion risks in the cooling system.

The advantage to the consumer is that it allows users to push the limits and get maximum performance from their vehicle.

Evans products are designed for the most demanding drivers, but can be used by everyone.

Here are some of the advantages of using Evans coolants :

• No corrosion : The waterless formula prevents corrosion in the engine system.

• No erosion : The waterless formula remains in liquid form and does not vaporize, thus preventing “pitting” caused by water vapour erosion.

• No engine overheating : The unique Evans formula prevents over-boiling by raising the boiling point from about 226°F/107°C for water-based antifreeze to 375°F/190°C, which is way higher than the average operating temperature of an engine.

• No pressure : Because Evans coolant remains in liquid form at all times, the formula prevents stress on cooling system components such as hoses, pump seals and radiator seams, which is usually caused by high water pressure.

• No freezing : Evans coolant has natural antifreeze properties down to -40°F/40°C. No need to worry about maintaining a 50/50 water-antifreeze ratio.

• No flushing : Evans coolant does not deteriorate and is designed to last the life of your engine, so youll never need to add or change coolant, or flush your radiator.

Go to evanscoolant.com or visit your local Kimpex Dealer at kimpex.com