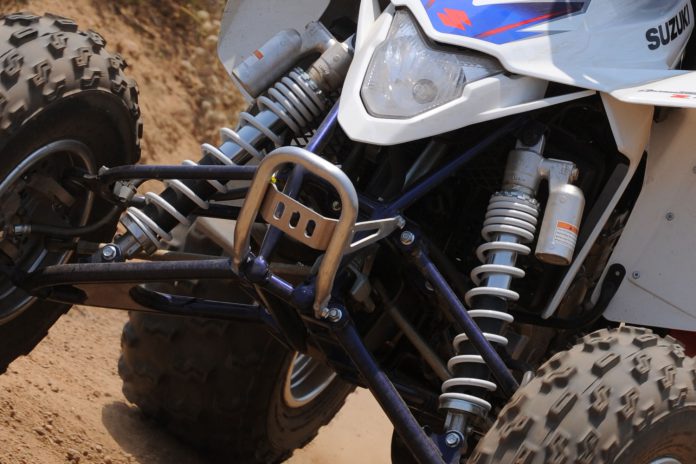 2009 marked the last time wed seen a full new Suzuki revision of any of its 4-wheelers with the companys Z400 sport ATV. Following the collapse of its podium-dominating LTR450 program, Suzuki pretty much fell off the map.

Two seasons ago we were filled with some hope as the company stepped back into the game with a re-introduction of its KingQuad ATV. There really had been no changes made to the model in years and although still a solid offering, the KQ desperately needed some updates in order to stay competitive.

Now two seasons later, a deafening silence occupies Suzukis place in the market and we have to wonder just what it would take to reignite a once dominant market position. In our opinion, the most rational entry would be a Pure Sport Side-x-Side.

Although wed love to see a turbocharged monster that would directly compete with the Maverick X3, it would seem more logical to match it up against the likes of the RZR 900.

Suzuki would be justified in utilizing its existing 750 from the KingQuad hooked up to its smooth shifting CVT. Radical styling like the LTR450, long travel, adjustable suspension and a Yoshimura exhaust would add immediate showroom sizzle. This SxS could also house a version of the Suzukis tough-as-nails 493cc mill to occupy the meatier 500-class segment.

Right now wed be happy to see anything new from Suzuki at all to prove to the off-road community the company is still in the game.

What do you think? Is this realistic or should we not hold our breath?