BAD HABITS ARE KILLING US! 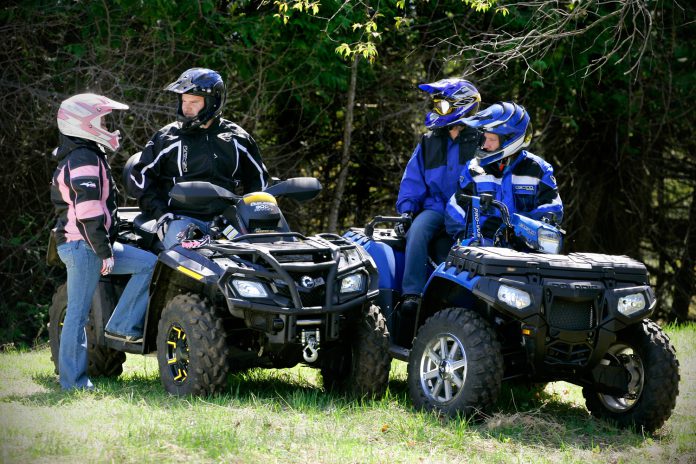 Why can’t we get this figured out in our industry? At a recent event myself and other media competitors attended, we were utterly amazed with the number of ATV and SxS drivers we encountered on the trails who are okay with drinking and riding.

Here at DirtTrax we understand the enjoyment of a cold beverage after a long, hard day’s ride; when we’re sitting by the campfire and telling stories of the mayhem that ensued. However, it seems this type of story is quickly being traded-in for the reality of drinking while riding and bringing along a cooler for trail beers.

I realize DirtTrax may polarize itself from some of its readers by stating our stance on this topic so plainly. However, at the end of the day, our industry, our sport needs to draw a line in the sand much like the snowmobile industry was forced to do in the 1990s and that line is absolute zero tolerance for alcohol and drugs when riding!

Events seem to go one way or hard the other, and I’ve attended examples of both where the venue organizers either call out drinking and put a total ban on alcohol or the other side that just doesn’t do anything. We need to face the reality (which is the longevity of our sport and the future existence of the big events we like to attend) if this kind of behavior keeps happening.

Each season there are a handful of events that truly set the benchmark for attendance, most of which do nothing about drinking and all of them result in deaths each year. Much like the general population, we have the 10-percent who make the 90-percent look bad.

Sometimes I wonder if those ratios aren’t much higher in our sport. Many times at events, I’m seeing those both wearing helmets and choosing to not drink and ride are the minority and that’s disturbing. As participants, do we really think we can maintain this lack of common sense? Do we think local and national government, enforcement and worst of all, anti off-road activists will let this go much longer?

To those who do drink and ride; I know you think your trailside beer isn’t hurting anyone – heck, you’re Ricky Bobby behind the wheel of your rig and your Yeti 110 is iced down with a slew of silver bullets. But lets be clear, you’re not in complete control when you have alcohol or drugs in your system and you can’t make the best and quickest decisions when put in a life or death situation.

While you may pass it off as “It’s my life and Ill live how I want”, at the end of the day, although you didn’t kill yourself, you could have taken the life of a completely innocent rider trying to get out of your way. That’s precisely where the snowmobile industry was 25 years ago.

So what’s it take to stop this mayhem, to clean up the trails and to inspire promoters to enforce alcohol free riding? It takes all of us stepping up and setting an example, listening to that gut feeling you have when you read this, raising your voice and calling out people you see drinking and riding and maybe even choosing to not attend events that do not enforce a no-drinking and riding policy. You’ll find way more families at events like that, along with riders who are truly there to ride!

This is our sport; lets take it back! AJ Lester
AJ is Co-Host of DIRT TRAX Television which can be seen on OLN and Sportsman Channel in Canada, Outdoor Channel across America and globally on our YouTube channel.
Previous articleNEW DIRECTION FOR ARGO
Next articleARCTIC CAT ALTERRA 450