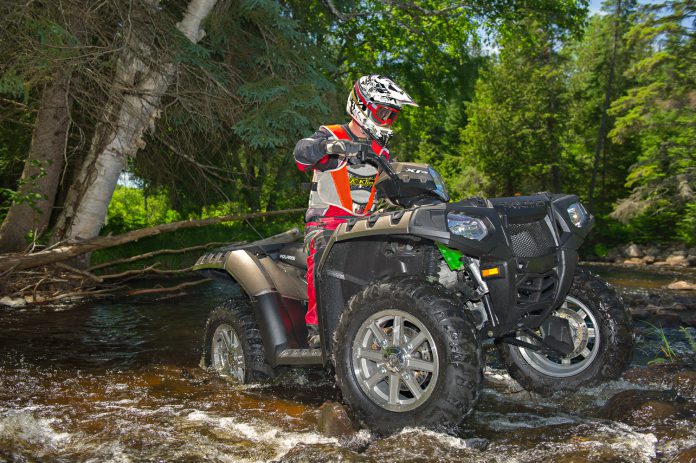 Polaris knew it had a winner with its steadfast but aging McPherson Strut 800 and had to come up with something really good to replace it.

The new 850 XP, with its transverse engine placement and narrow footrest ergonomics soon made Polaris customers forget about the old 800 (to be fair, the company continued to offer the 800 as a “budget big bore” long after the 850 was introduced).

The 850, with its dual A-arm front end and great handling, hit a soft spot in our hearts after one ride. It felt light, even though it wasnt particularly, and its engine-driveline performance was such an upgrade from the former Polaris flagship, it was like the difference between an Impala and a Porsche.

Its heady throttle response from the new overhead cam twin could loft the front end over obstacles on the trail instantaneously with the slightest weight shift and a throttle blip even when seated, and throttle application and body-english were intuitive because of the riders ability to move around on the running boards, always in control.

One thing that makes the 850 stand out is its parallel twins 270/90 firing sequence that makes it sound like a V-twin. With this firing cadence, the bark from its dual exhausts is very Harley-like and draws attention to Sportsman 850 even at idle.

Yup, Polaris followed the 850 with a beefier 1000, but honestly, we all felt the 850 balanced the sweet spots of performance, handling and ride better.

Sometimes its just not possible to improve on perfect.