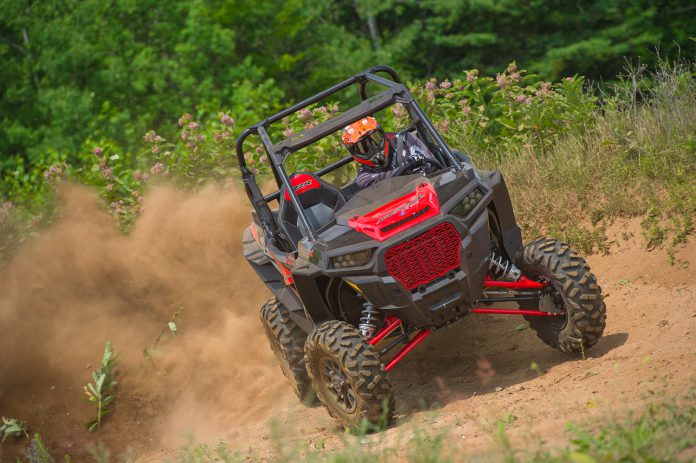 We had a great question asked on YouTube by “Justice bdone” on our review of the 2018 Polaris RZR XP Turbo DYNAMIX. This subscriber asked, “Why would a person buy the Turbo Dynamix when the Turbo S is available?”

So what’s the difference between these vehicles? There are actually a couple good points like price, weight and performance of your RZR so let’s take a look at how this shapes up.

Both of these vehicles feature Polaris’ Dynamix suspension, which, if you’ve ever used it you already know, is an active system that automatically adjusts suspension levels based on input from a plethora of sensors as the vehicle conquers terrain.

These units also both use the same 168 horsepower turbocharged powerplant, but thats about where the similarities end.