THE LIFEBLOOD OF YOUR ATV OR SXS 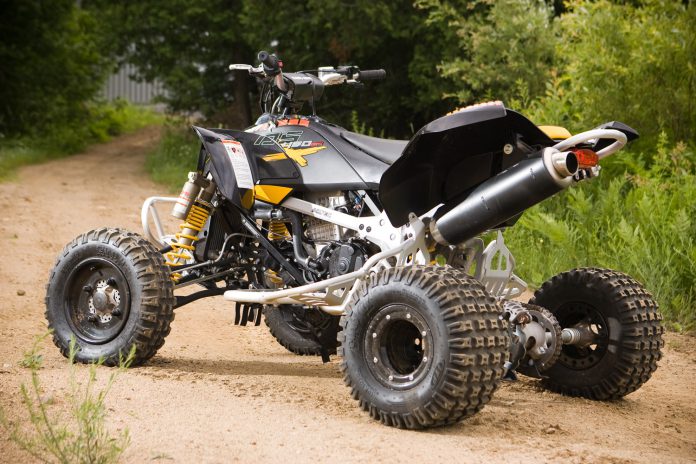 There’s a lot going on under the seat of your ATV. Most of the time, we get so focused on the experience; we neglect to ensure the vessel providing all the fun is properly cared for.

This goes a bit further than a post-ride power wash, too. Like your car or truck, your ATV needs its oil changed and regularly maintained to ensure its engines moving parts continue to do just that – move.

Two primary enemies of your ATVs engine are friction and heat and there’s a long list of locations within its cast aluminum walls where friction produces considerably high temperatures: For example, piston rings rubbing against the cylinder walls every stroke, the bearings on the crankshaft and connecting rod, cam lobes, tappets… the list goes on. If these areas aren’t properly lubricated, you can measure your engine’s life span in minutes instead of years.

An engine’s internal parts are designed to expand as operating temperatures are reached, so at peek operation, piston rings are sealing most effectively, connecting rod ends have reduced their opening around the wrist and crank pins, all moving parts are efficiently performing their assigned tasks.

If not properly lubricated, these moving parts will heat up and expand beyond their design limits resulting in engine seizure. You could be left in the middle of nowhere with hungry mosquitoes eagerly feasting on your supple skin.

Along with lubrication, engine oil also does its part to cool moving parts as they expand by distributing the built-up heat as the oil moves over the engine’s internal parts.

Sludge in your engine can interfere with oil flow, hindering the effectiveness of much needed lubrication of moving parts. Sludge occurs as a result of oxidation during regular engine performance. Oxidation is the combination of water and byproducts of combustion forming into a dark, thick guck commonly referred to as, you guessed it, sludge.

If you’ve ever wondered why your oil goes from that nice golden color to black, here’s why. Following that wonderful explosion known as combustion, the byproduct of that reaction attempts to coat your engine with carbon. Oil flow throughout the engine helps wash down the components and keep them clean.

The carbon deposits, along with unburned fuel, benzene and other elements become suspended in the oil making it look darker than fresh, new oil. Consider the number of times per ride your ATV’s engine will fire and you’ll understand a bit more why engine oil needs to be changed regularly.

Engine oil does so much to keep your ATV running efficiently maybe it’s time you performed a bit of simple maintenance to ensure your ride stays healthy. Show it a bit of love and it will repay you with years of faithful service.