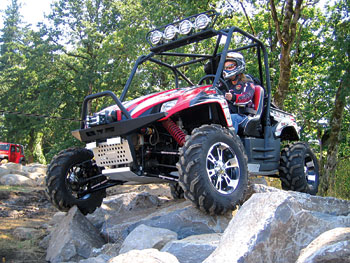 WARN Industries is celebrating 60 years of business this year.

WARN winches are one of the most widely distributed ATV and UTV accessories in the powersports market today are, by far, the most trusted name in winching.

THe All-Terrain Vehicle Staff recently had the opportunity to celebrate with the WARN team and tour Warn’s Clackamas, Oregon headquarters.

Warn started out as a small, family operated business and has developed into a multi-million dollar corporation with multiple factories, world-wide sales and one of the most recognizable brands in the powersports and automotive aftermarket.

WARN powertrain products are used by some of the world’s best-known automobile manufacturers today, including Ford and Chrysler.

In 1959, WARN developed its first off-road electric winch. Since then WARN has become best known for its winches.