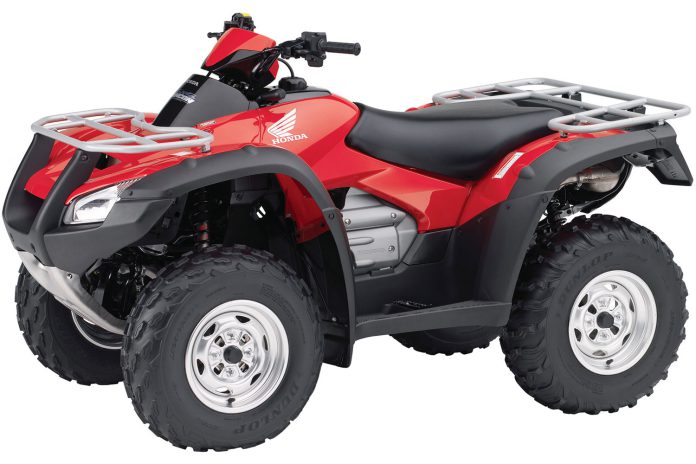 When Honda announced its 2020 ATV selection it was noteworthy that, at least in Canada, a model year 2020 Rincon wasn’t being offered.

In the US there is a 2020 Rincon in showrooms, but it was difficult to see any difference in it compared to its previous model years.

This isn’t a big deal because the Rincon has seen little change in the last five years anyway, but, obviously, still sells pretty well in the United States.

It’s got a reputation for incredible durability and is very much loved by those who slapped down the cash to buy one ever since 2003.

However, the 675cc Rincon as we’ve known it suffers by comparison against larger displacement ATVs in its class offered by Polaris, Can-Am, Arctic Cat and Kawasaki.

It looks like Honda doesn’t think this is a very big deal, but when a whole nation doesnt include it in its sales brochures, it’s a pretty big sign a smoke signal has been sent up and it’s time for an update.

Another clue there’s something up with the Rincon is the stellar redesigns and updates we’ve seen done to the new 520 Rubicon. This is a really great-looking ATV and has the rack features and reverse gear actuation updates we’ve wanted for the Rincon for a long time.

Thus, we think a new Rincon will likely share the looks and tech benefits of the most recent version of the Rubicon.

To completely ice the cake, we’d love to see an upgrade in power to put the Rincon heads-up against, at least some versions of the Sportsman, Brute Force and Outlander.

We’re dreaming about a new Rincon 850 with updated bodywork, easy engagement of reverse and Honda’s new storage and rack features.

As far as the suspension and chassis goes, we wouldn’t want Honda to change a thing! Travel and ride are adequate, handling is absolutely top drawer and the Rincon’s weight and dimensions fit like a glove.

We know it’s hard to make a winner better, but we think it’s time to breathe new life into the Rincon – and soon!