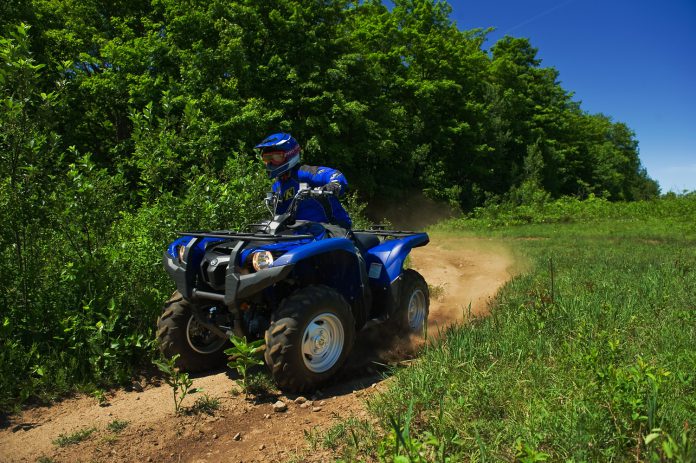 Some of the earliest versions of the biggest Grizzly – actually 660s – were a bit quirky but by the time Yamaha defined its premium sport-ute as a 700, there was no doubt the company was onto something.

The key reason weve continued to love this ATV is defined in one word: Torque.

Yamahas concept of delivering big-time grunt in a very lightweight package with a single cylinder powerplant – not a twin, not a V-twin – and a ceiling of 700 cubes, really defies logic.

However, when you want to plonk up a gnarly stream or tackle a greasy slope, this wheeler is and always has been, amazing! Its as durable as an anvil, too.

Although we wouldnt put the ride quality in its earlier versions at the top of the industry, Yamaha has tweaked and tuned the biggest Grizzlys independent suspension so it works really well.

Riding the 700 is a revelation. Its compact dimensions make it extremely agile. Even when loaded with gear, its tight turning radius and predictable low and mid-range throttle response makes for tremendous fun on rough and rocky, technical trails.

Yes, compared to the competitions 800, 850 and 1000cc offerings, the Grizz 700 seems to be a weak sister. However, you have to ride this ATV on twisty trails and over gnarly junk to give it a fair appraisal.

In the worst of conditions this unit thrives.