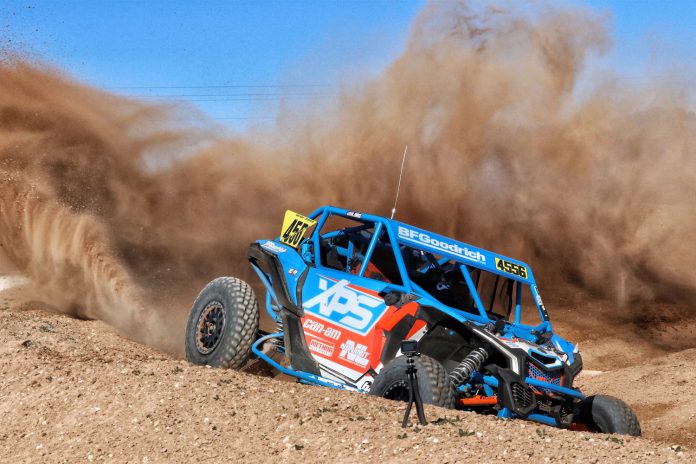 Blurton came into the new racing season more determined than ever. One reason is the Californian wanted to make amends for the DNF he suffered to end the season last year, which ended his chase for three straight championships. Another was that the Parker 250 course has never been too kind to him, so a victory was his objective. With a total three-lap time of 04:34:52.895, Blurton won the 2020 BITD opener, setting his 2020 plan into motion.

“We made it, finally. This track has haunted us the last two years,” said Blurton on the BITD podium. “The last race of last-season was pretty much a worse-case scenario. But it made us come back hungrier here and try to go for the triple crown. Hopefully we can get this championship. Were off to a good start.”

Can-Am driver Austin Weiland, who ended 2019 in fifth place overall, secured the runner-up spot about a minute back of Blurton in his own Maverick X3. His podium run gave Can-Am a solid 1-2 finish in the UTV Turbo class.

Derek and Jason Murray had a great race going and even carried the lead into lap three. However, a mechanical issue forced them to go at a slower pace on the final lap and they had to settle for fifth place.

The next BITD action for Can-Am racers is the two-day Laughlin Desert Classic, held Feb. 20-23, in Laughlin, Nev.

Dirt Trax Onlinehttps://www.atvmag.com
Check back frequently for new content and follow us on social media!
Previous articleAll-New 2020 RZR and Sportsman Limited-Edition Models
Next articleCan-Am Rules the 2020 King of the Hammers