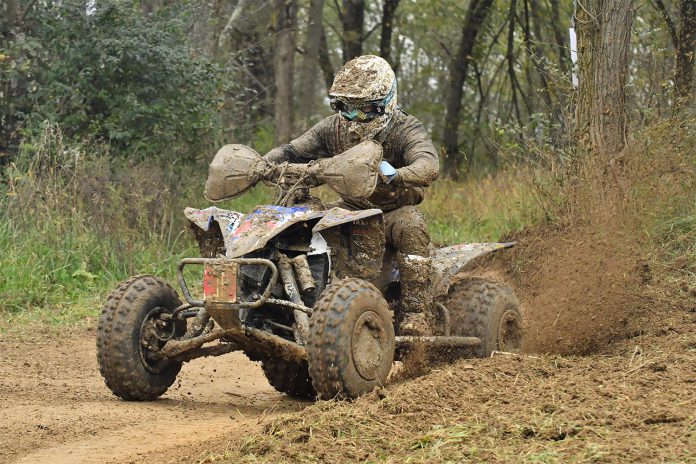 “Fowler continues to show he is a GNCC legend, with another year of unmatched dominance and consistency on the cross-country ATV circuit with his Mark Notman prepared YFZ450R,” said Donnie Luce, Yamahas off-road racing coordinator. “Speaking of legendary, Yamaha-mounted rider Traci Pickens secured her 11th championship win in the WXC ATV class this past weekend, further exemplifying the YFZ450R is the sport ATV of choice for racers, with the power, durability and performance to consistently top the podium.”

For the fourth-year in a row, Fowler clinched the XC1 Pro ATV championship on his WFR / GBC / Fly Yamaha YFZ450R before the season ended, dominating the competition with nine podium finishes, and six first-place finishes – the only racer in the series so far with multiple wins. He currently leads the series with 281 points, 53 more than the next competitor, with only one round remaining.

“Its truly an honor to continue this unbelievable run and join the ranks among the GNCC greats,” Fowler said. “The proven capability and consistent performance of the YFZ450R sets Yamaha as the clear off-road racing leader, and I cant thank them enough for their continued support of my team and the entire racing community as we finish off another successful ATV season.”

The final 2018 GNCC round will take place October 27 – 28 at the AMSOIL Ironman in Crawfordsville, Indiana. In addition to the many festivities taking place at this round, Yamaha will hold an autograph session on Saturday with its ATV, Side-by-Side, and Motorcycle GNCC racers from 6:15 – 7:30 PM at the Yamaha display.