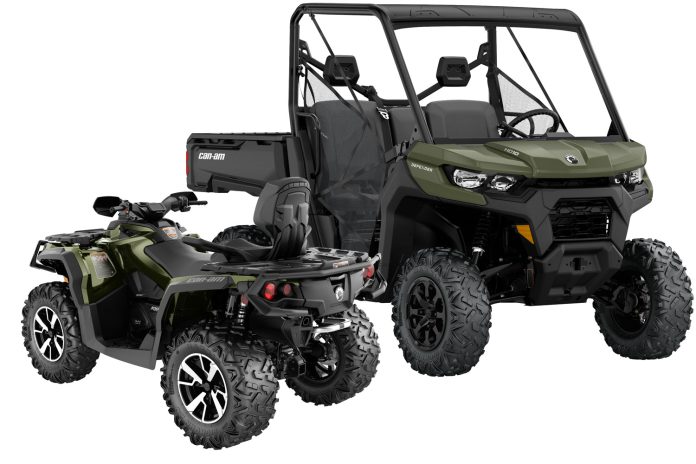 We recently ran a poll on our YouTube channel asking what your preference would be if you were looking for a 2-rider offroad vehicle.

The choices were pretty simple and straightforward: 2-up ATV or a SxS?

It seems like it would be a no-brainer the choice by a wide margin would be the SxS and because 2-up ATVs are targeted at a relatively narrow market, the numbers choosing them would be very small.

We were surprised at the number of replies we got supporting the 2-up ATV. Yes, it lost in the polling but not by nearly as wide a margin as we expected.

There were 2,800 poll responses and 89 people made comments supporting their position. In the polling biz, that’s a significant response.

The side-x-side choice scored 76 percent of the votes while the 2-upper recorded 24 percent.

Yes, this is a pretty significant gap, but based on the huge selection of UTVs out there and the relative scarcity of 2-up ATVs in the OEM sales brochures, we were surprised these vehicles had as much grab in the poll as they did.

Since we didn’t specify which type of SxS we were comparing, we presume the responders were mentally comparing side-x-sides in the same price range as an ATV and ones that are targeted at similar use to an ATV.

This would mean a narrower stance SxS with somewhere between 400 and 850 power for maximum trail-ability, not extreme performance and acceleration.

With such a strong response to the poll and not a lot of specifics built into it, its pretty conclusive off-road shoppers like to ride with accompaniment. We’ve known this for a long time and with the price of vehicles today, it’s important to appeal to all the wants of prospective buyers.

The long wheelbase convertibility of a 2-up ATV still has a lot of appeal. It may be wise for the OEMs to rethink their emphasis here and start building ATVs that fit that market more closely.

Cleary, there are a lot of riders out there who choose not to buy a SxS, even when 2-passenger capability is a big priority.