OFFROAD AUCTIONS AND INSURING YOUR RIDES 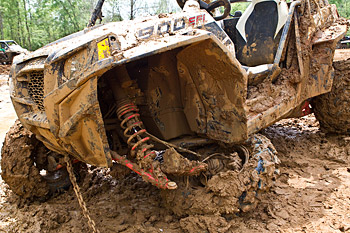 Sometimes I go searching for an older maybe once popular, but now forgotten ATV to fix up – as if I really need one more project.

I rarely find a deal of the century, but it’s really cool to look around at how some once wonderful rides end up.

I have not yet listed myself as a dismantler or scrapper and keeping a license to be able to bid on these things can be a bit expensive. One company I ran across didn’t require a license to bid, however they wanted you to deposit a minimum of one thousand dollars in order to place your bid!

I’m not overly trusting when it comes to sending money to a third party like that, but I guess this may be the only way I’m going to be able to bid.

From this I started to notice just how many ATV owners carry insurance on their rides. I’ve never really thought much about keeping a separate insurance program for my ATVs.

I guess if I had become victim of a theft or maybe a really crazy crash where the ride was demolished it might come in handy, but again I really have never considered it. Maybe I should.