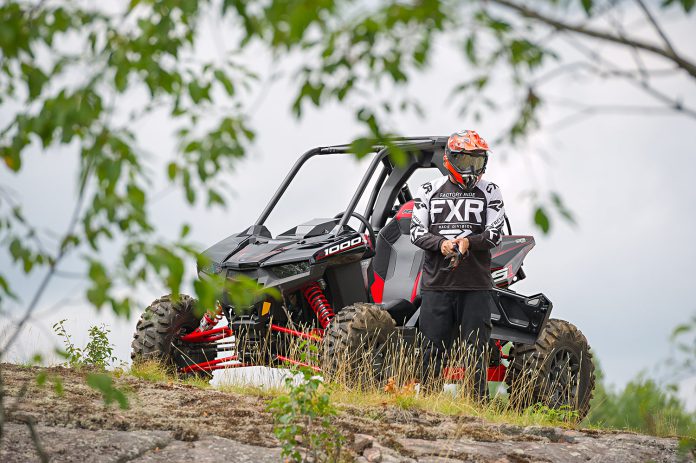 This is a complicated question because there are a number of factors to consider.

First and foremost, the question hinges on whether or not the RS1 is considered to be a success in the off-road marketplace. Yes, a lot of owners are in love with this single-seater cross between an ATV and a RZR; but is the market for this type of vehicle big enough to warrant the investment needed to build a competitor to it?

Let’s keep in mind; the conventional ATV biz isnt exactly dead or replaced by the RS1. There are zillions of ATVs still out there being used daily, and sales, although not as robust as they were ten years ago, are still decent. Its already been made pretty clear there are ATV customers, there are SxS customers and there are RS1 customers.

True, those who experience the RS1 love its similarity to driving a fully jammed RZR, but having more than one vehicle like this could kill the RS1s market and end up being a flop for both Polaris and for whomever decides to compete.

But let’s let our minds go wild for a moment. Which competitor would be the candidate to come up with an ACE clone? First, we dont think the Japanese OEMs would try to tap this market. The investment in tooling and R&D for the potential return just doesnt fit the conservative footprint of Yamaha, Honda, Kawasaki or especially, Suzuki.

We think the best two candidates would be Can-Am or Arctic Cat. These companies keep a close eye on the pulse of Polaris and build their product lines very closely aligned with what Polaris offers.

If the sales stats were clear, we could see either one of them offering a single-seater. Both have an enormous selection of engines and a long list of patents and engineering innovations that could prove useful for a venture like this.

Wed put our tallest money on Can-Am, who loves to surprise us with new and innovative products all the time. Its fun to think of a 1000cc V-Twin hybrid using the best chassis features of the Renegade and the Maverick X3 to produce a super-high performance single passenger rocket with maybe even some of the tech features of the Can-Am Spyder thrown in.

Which raises another question: Is the best market for an RS1 clone ultra-performance driven or is it closer to Utility?