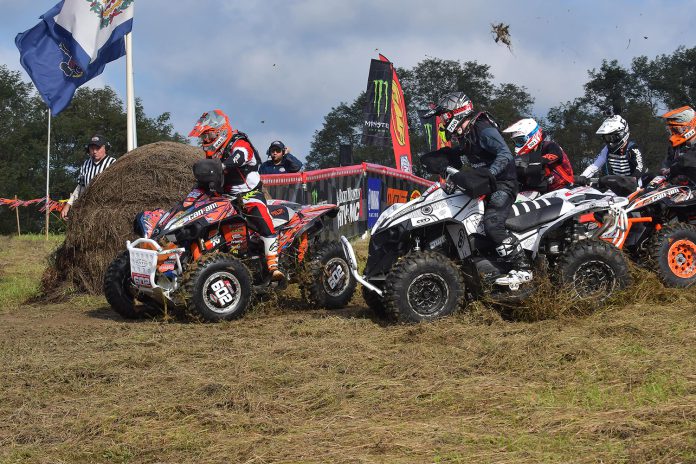 “Kevin is so locked in on the Can-Am Renegade ATV. Hes always up front and in contention for the morning overall and class win. It pays off to be so consistent,” said Jeff Leclerc, Can-Am race department, team leader. “The Pro class was so competitive, but the Can-Am amateur ATV racers, also continue to impress me with their level of success. These racers tallied 14 total podium spots against a field of more than 270 total entrants in the morning session.”

Cunningham, the reigning two-time 4×4 Pro ATV class champion, had to overcome some challenges at Mathews Farm from his Can-Am teammates. Bryan Buckhannon, a multi-time GNCC ATV champion himself, held the lead at one point during the first lap and was, again, the official race leader heading into the final lap. However, a miscalculation in fuel ended Buckhannons challenge for the win and opened the door for Cunningham to regain the top spot. He held on to record his eighth class win of the year and seventh morning session overall in 2018. One more victory will match his career high set last season. In fact, since the Indiana racer turned Pro midway through the 2015 season, he has notched 21 wins and earned two titles. He owns a 45-point lead heading into the next round.